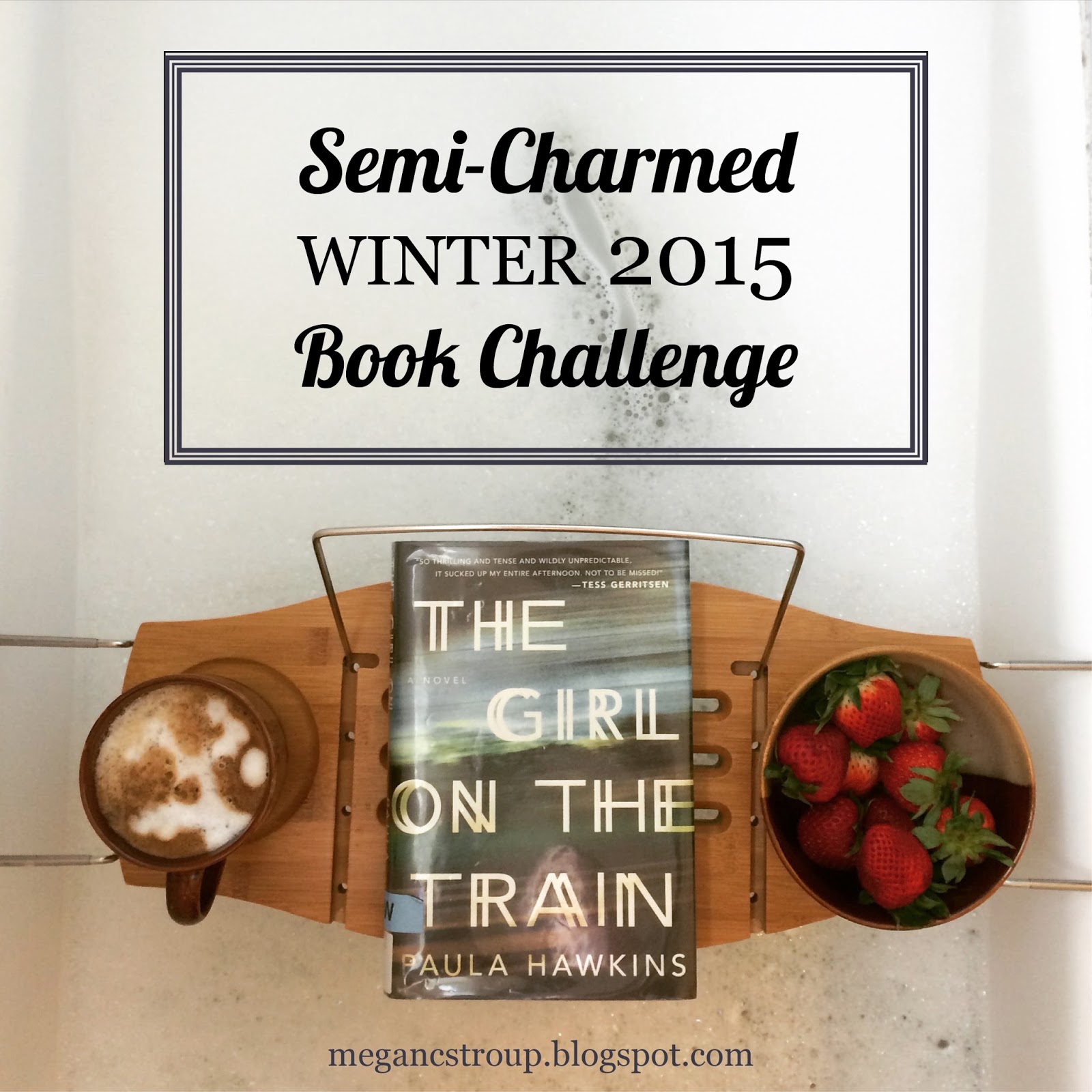 It's almost time (55 minutes to go!) for the Semi-Charmed Winter 2015 Book Challenge.

Here is my preliminary list.  As you can see, I'm quite undecided about one or two categories.  I'm also a little worried that I appear to have favoured books that are somewhat on the long side.  But we shall see how I go, I suppose.  All suggestions and comments are welcome!

5 points: Read a book that has between 100 and 200 pages.
Peter Pan by J M Barrie (176 pages) or The Prime of Miss Jean Brodie by Muriel Spark (150 pages)
10 points: Read a debut book by any author. (The book does not have to be a 2015 debut.)
The Miniaturist by Jessie Burton (400 pages)
10 points: Read a book that does not take place in your current country of residence.
Rivers of London by Ben Aaronovitch (392 pages)
10 points: Read a book that someone else has already used for the challenge. — Submitted by SCSBC15 finisher Kristen @ See You in a Porridge. [Edited to add: The book must be at least 200 pages long.]
I'm hoping someone else reads The Snow Child by Eowyn Ivey (386 pages)
15 points: Read a book published under a pseudonym (e.g. Robert Galbraith, Sara Poole, J.D. Robb, Franklin W. Dixon, Mark Twain, etc.). — Submitted by SCSBC15 finisher Megan M.
The Cuckoo's Calling by Robert Galbraith (455 pages)
15 points: Read a book with “boy,” “girl,” “man” or “woman” in the title (or the plural of these words).
The Boy in the Striped Pyjamas by John Boyne (224 pages)
15 points: Read a book with a one-word title (e.g. Attachments, Americanah, Uglies, Wild, etc.).
Room by Emma Donoghue (321 pages)
20 points: Read a book with a person's first and last name in the title (e.g. The Storied Life of A.J. Fikry, The Story of Edgar Sawtelle).
The Story of Edgar Sawtelle by David Wroblewski (608 pages)
20 points: Read a food-themed book. — Submitted by SCSBC15 finisher Jamie @ Whatever I Think Of!
The School of Essential Ingredients by Erica Bauermeister (240 pages)
20 points: Read a book with a verb in the title. (For any grammar nerds out there, I mean “verb” in the most general sense, so gerunds count. For non-grammar-inclined people, just use any book that appears to have a verb in the title!)
The Heart Goes Last by Margaret Atwood (320 pages)
30 points: Read two books with the same title (by different authors). — Submitted by SCSBC15 finisher bevchen @ Confuzzledom. [Edited to add: The titles must be the SAME save for alternate spellings. For example, The Alchemist and Alchemist would be two different titles and would not work for the challenge, but The Alchemist and The Alchemyst would work.]
TBC - I'm considering The Lake House by Kate Morton (400 pages) and Helen Phifer (400 pages) or The Innocent by Harlan Coben (503 pages) and Ian McEwan (226 pages) or The Historian by Elizabeth Kostova (704 pages) and Rachel Bohlen (317 pages)
30 points: Read a nonfiction book and a fiction book about the same subject (e.g. a biography and historical fiction novel about the same person; two books about a specific war or event; a nonfiction book about autism and a novel with a character who has autism, etc. The possibilities are endless!). [Edited to add: This one is very broad! Just have fun with it!]
Voices from Chernobyl: The Oral History of a Nuclear Disaster by Svetlana Alexievich (236 pages) and All That is Solid Melts Into Air by Darragh McKeon (464 pages)

Email ThisBlogThis!Share to TwitterShare to FacebookShare to Pinterest
3 comments: 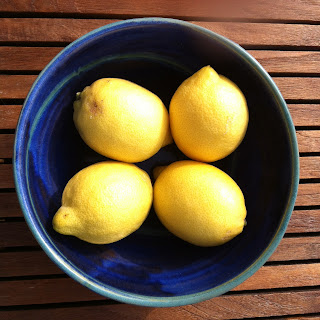 Lemons, destined for a fruit cake.  In one of my favourite bowls. 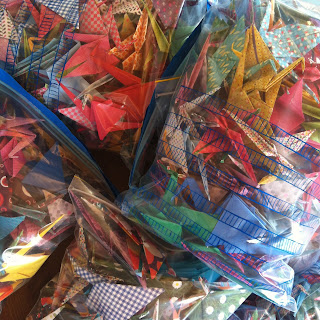 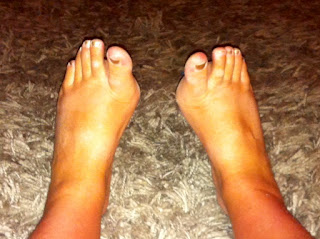 Slightly colour enhanced, but my legs are the brownest they have ever been.  And it beats a photo of my peeling skin - a reminder of the day when we spent slightly too long on the beach.

The sky, from my garden.
Labels: August Break 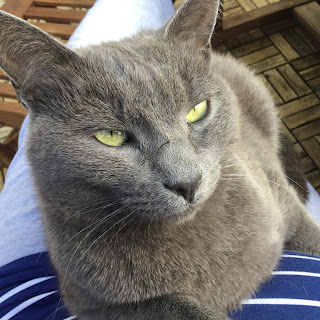 Two years on from my last participation in one of Susannah Conway's August Breaks and the photo for the Breakfast prompt remains pretty much the same.  Alfresco coffee on the balcony with my cat, Meg.
Labels: August Break 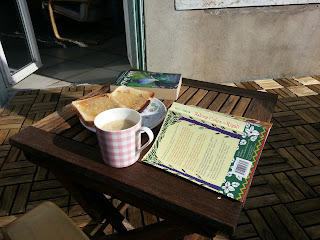 Sunny balcony, peanut butter on toast and a couple of good books - #livingthedream

I don't know how it happened, but I somehow missed the sign-up for the Semi-Charmed Summer 2015 Book Challenge!  I stumbled across it last week and was horrified to discover it had already been running for a good three weeks.  Given that one of my main goals in life is to finish fast enough to choose a category for the next challenge, I was a little upset.  And I ain't a fast reader at the best of times.  But undaunted, I set to choosing books.  Luckily I was able to count one I'd already read in May towards one of the categories, and the one I was currently reading towards another.  Sadly, A Pale View of Hills by Kazuo Ishiguro wasn't long enough to fit the general rules, although, in trying to make sense of it, I must have reread enough of it to bring the total number of pages read to at least 300.  I've since passed it onto a friend to see if she can explain what it was all about.

Here are the books I've chosen for the categories: 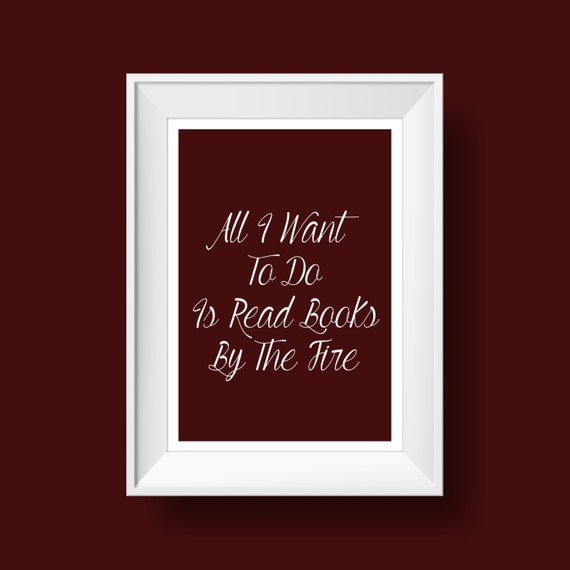 
By jiminy, I think I've done it.  I've only gone and completed the Semi-Charmed Winter 2014 Book Challenge.  Go me, go me, go me!  (We've been watching Yo Gabba Gabba again recently.  Does it show?)


And for anyone interested, here is how I did it:

15 points: Read a book that was originally written in a language that is not your native language. — The Butterfly Effect (originally published in Norwegian), Pernille Rygg (224 pages) ****

My favourite book was without a doubt, Campari for Breakfast which I laughed and laughed and laughed at. It was hilariously funny, and I have suggested it to everyone who has asked me for a book recommendation since the start of the year. All two of them. It was one of those books you want to race through because it is too good to put down, but that you also never want to end. Finding out later that Sara Crowe does the voice for Queen Thistle in Ben and Holly's Little Kingdom in no way put a damper on it for me. That show is genius. I have yet to get bored of it. Bear in mind that I have seen most episodes at least 10 times. And the ones with the Wise Old Elf in his underpants at least 20.

The biggest surprise (aside from realising two chapters in that I'd already read South of the Border, West of the Sun but  c o m p l e t e l y  forgotten) in doing the challenge has, again, been the rediscovery of my LOVE of reading and I'd like to thank Megan, again, for hosting such an exciting challenge.  I'll be back for the next one (not least because I am desperate to finish fast enough to choose a category for one of her challenges one day!)

*I'm actually in no way the actual winner since some speedy readers managed to finish the whole thing in less than a month, and many more have finished before me as the months have progressed.  But in the race against myself, I can claim victory.  I think.  My set ideas of victory have been severely challenged recently by my three year old (constantly concerned at the moment about "being the winner").  When I pop the pirate, she is the winner.  She is also the winner if she pops the pirate.  Go figure.